Ralph LEFTWICH was born about 1628 in England. He died in 1680 in New Kent County, VA. Ralph was the immigrant from England in this family. He patented lands on the Peanketank River in New Kent County, Virginia on August 10, 1658, “the said land being due unto the said Ralph Leftwich by and for the transportation of six persons into the Colony…” The patent was renewed to him October 18, 1662 (Grant Book 4, p272, State Land office, Richmond, VA). On August 17, 1663 VOl I, P 27, Accomac Co. Va., John Wise was granted a certificate for 200 acres of land for the transportation of four persons into the Colony of Virginia, viz, Ellinor Leftwich, Richard Ingram, John Glenn and W. M. Watson. Ralph and Ellinor are the only Leftwich emigrants to Virginia so far discovered. Due to the complete destruction of the records of New Kent County prior to 1860, and the destruction of practically all of the records of the counties surrounding New Kent, which were formed from that county, by the Federal Army during the War Between the States, it has not been possible to ascertain all of his children and their descendants, but it appears from the records that he had at least one son, who remained in Virginia and reared a family. 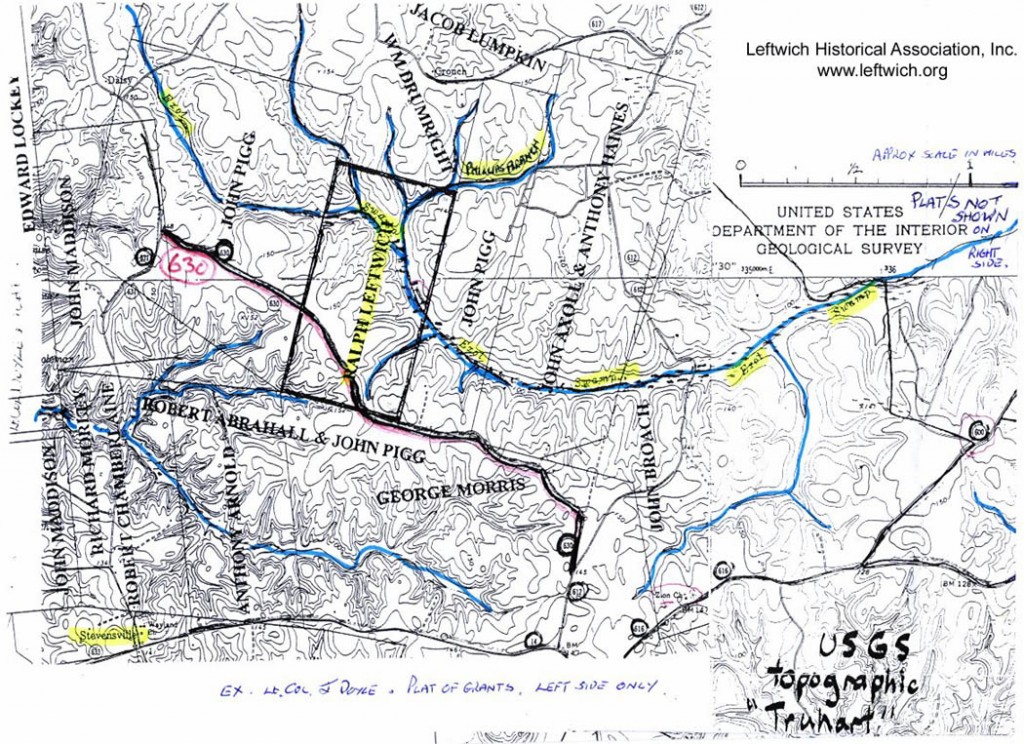 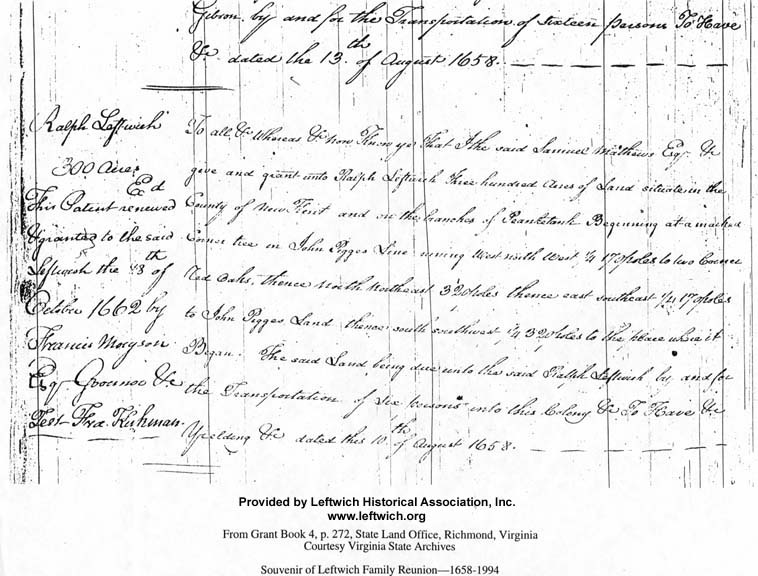